Merlinite – ‘The Magic Bearer’…or is it?

Perhaps it’s appropriate that whilst recently on a quest to find some beautiful gemstone & silver jewellery for t’shop we came across Merlinite. I’d never heard of it & neither had Jodie but we did fall in love with a completely gorgeous bracelet, pendant, ring & earrings which went into our little shopping basket! It’s completely unlike anything we’d come across before so I thought I’d do a little research… 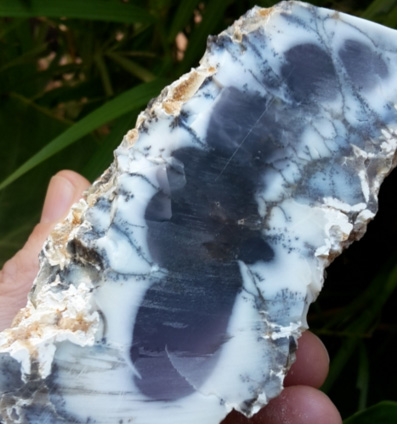 Firstly, some de-bunking! Merlinite is not a mineral name. It’s actually a trademarked name for selling these lovely black and white stones – it currently comes from only one mine in New Mexico, and this is a trade name for a specific variety of stone that comes from this one mine. It’s more general name is Dendritic Agate or Opal.

I’m making it sound rather dull and it’s far from that. It’s rather splendid and very eye-catching indeed. So what the Sam Holy is it then?! Well, the black markings are dendritic (from the Greek – Dendron – Tree) – branch or tree-like inclusions of manganese which have formed in the fissures and fractures of the base rock over time. 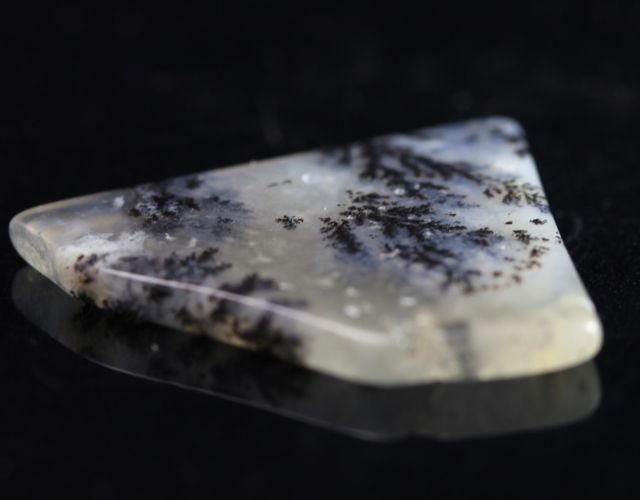 Now for some more slight confusion. The white base stone is either Opal, Agate or Chalcedony. To a mineralogist there is a difference – believe me! I’m interested (serious GEEK on the quiet) in this stuff,  so I dug deeper to establish what the differences between these three are.

Opal is silicon dioxide, made up of microscopic spheres of silica bound together with water (Si 02. nH20). Chalcedony is also composed of silicon dioxide & water and Agates are a banded form that Chalcedony takes. The difference is the chemical formula.

Whilst Opal contains a percentage of water, it has no repeating atomic structure – is amorphous. Chalcedony/Agate is crypto-crystalline – meaning it’s made up of billions of tiny crystals all sub microscopic in size! Crikey!

So, whether or not you believe Merlinite is the Stone of Self-Mastery, Magic Bearer or any kind of catalyst for shamanic journeying or past-life recall, its composition and natural beauty will suffice for me! :)))