Emerald is one of the ‘Big Three’ coloured gemstones, the others being Ruby and Sapphire – that together make more revenue in gemstone sales than the other coloured stones put together.

It is by far & away the most expensive green gemstone and has been highly valued for over 5000 years. Whilst it is a hard stone (7.5/8 on MOHS scale) thus making it suitable for cutting and fashioning into jewellery, it is incredibly rare to find a flawless emerald and has a tendency to be brittle.

Experts are often highly suspicious of apparently flawless stones as they are likely to have been enhanced or synthesised (man-made). It’s an accepted part of post lapidary work to treat emeralds with oil, which strengthens them and lessens the naturally occurring, surface reaching cracks or inclusions. 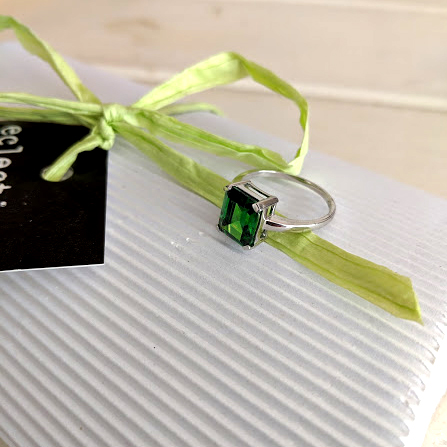 Emeralds are gem quality specimens of the beryl mineral family a mineral species that includes aquamarine and it is trace amounts of chromium that give it its bluish green to dark green colouration. Some beryl contains vanadium which also gives a green colour but vanadium based green beryl is not recognised here in the UK as proper emerald.

Gem experts differ on the degree of green that makes one stone an emerald and another stone a less-expensive green beryl. Most gemologists, gemological laboratories, and coloured stone dealers call a stone green beryl when its colour is “too light” for it to be classified as emerald. However, even among that group, there’s a difference of opinion about what’s considered “too light!”

Like diamonds, emeralds are graded by the 4 C’s: colour, clarity, cut and carat.

Colour is considered the most important factor closely followed by clarity. The most highly prized gems are a pure verdant green and have a high degree of transparency. However, unlike diamonds, which are valued by 10 x magnification, emeralds are valued by eye.

<Random factoids time>
The most expensive emerald ever is known as the Bahia valued at over £230 million.

The age of the oldest emeralds is 2.97 BILLION YEARS and they are from South Africa.

Cleopatra was noted for her passion for emeralds and the first known emerald mines were in Egypt. It is believed that these mines were worked as early as 3500BC.

As well as being May’s birthstone, emerald is also the gem of the twentieth and thirty-fifth wedding anniversaries.

Emerald mining is an interesting process as emeralds typically attach to other rock formations and are not found as standalone rough gemstone. Therefore emerald mining is often done by hand because technology and machinery can increase heavy pressure on the rock formations and break apart heavily included emeralds.  Typically, emeralds are mined in pits and rock is blasted into larger pieces.

Rich mining areas include Colombia, Zambia and Brazil. Each region is known to produce high quality emeralds with less inclusions and a more vivid green colour – at times an emerald’s mine origin can even be identified just by colour.

Here at eclectica we feel Emerald is perfect as May’s birthstone, being the rich green colour of Spring and having long been associated with re-birth.

The emerald is the sacred stone of the goddess Venus and was thought to preserve love, and the stone has reportedly been used by healers to help heal the heart.

It has also long been the symbol of hope. It is considered by many to be the stone of prophecy and for some the emerald acts as a tranquilliser for a troubled mind. The power of the Emerald is highest at the full moon.

Some cultures thought emerald would heal any disease of the eye;  the emerald would be placed in a container of water overnight and the water would be poured on the eyes the next day….probably not something we suggest you try at home! 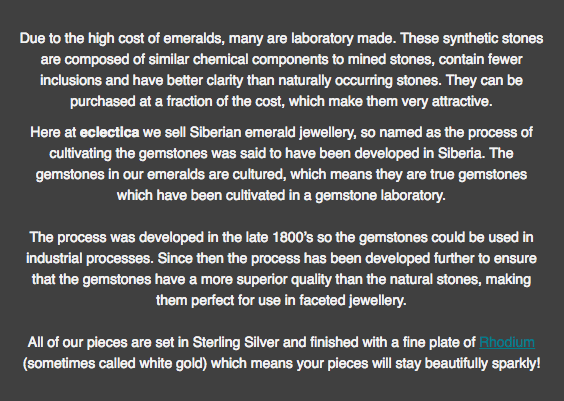 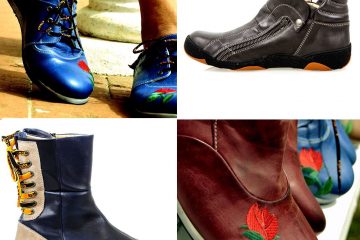 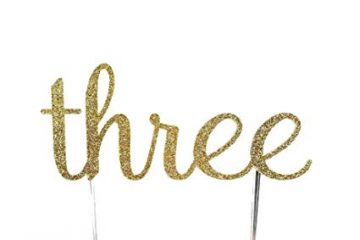 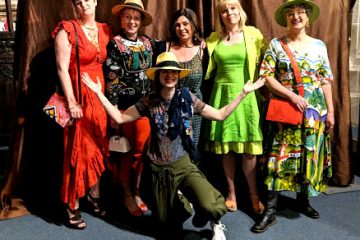