If you’ve taken a peek at our new window displays, you’ll spot that one is positively dripping in pearls. This is partly because they are gorgeous and Jodes, who does the displays is partial to a pearl but also because it’s this months birthstone…well one of them, as the lucky June born have two beautiful stones to choose from… 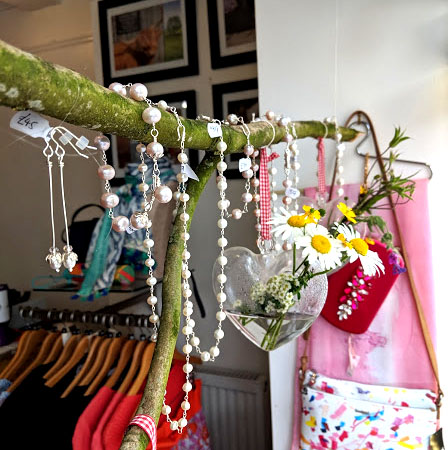 Timelessly elegant and feminine, pearls are the only ‘gemstone’ made by a living creature. The name originates from the French perle, originally from the Latin perna, meaning leg, as in ham or mutton shaped bi-valve that pearls come from.

Nacreous pearls, the ones we associate with commercial jewellery production, predominantly come from two molluscan bivalves or clams. Nacre (calcium carbonate) forms in layers within the shells and builds up to make a pearl when an irritating microscopic object is trapped within. The nacre layers form as a self defence mechanism against a potentially harmful irritant – it is rarely a grain of sand that starts the process as is commonly believed.

You may have heard of freshwater pearls and seawater pearls. The freshwater ones are made by river mussels and the seawater ones by pearl oysters. For many, many years the only way of finding pearls was to open shells and hope you’d find one. Consequently, it was time consuming and costly and pearls were incredibly valuable. Nowadays, entirely natural pearls fetch a fortune and thus most are cultured or have man’s intervention in their production. 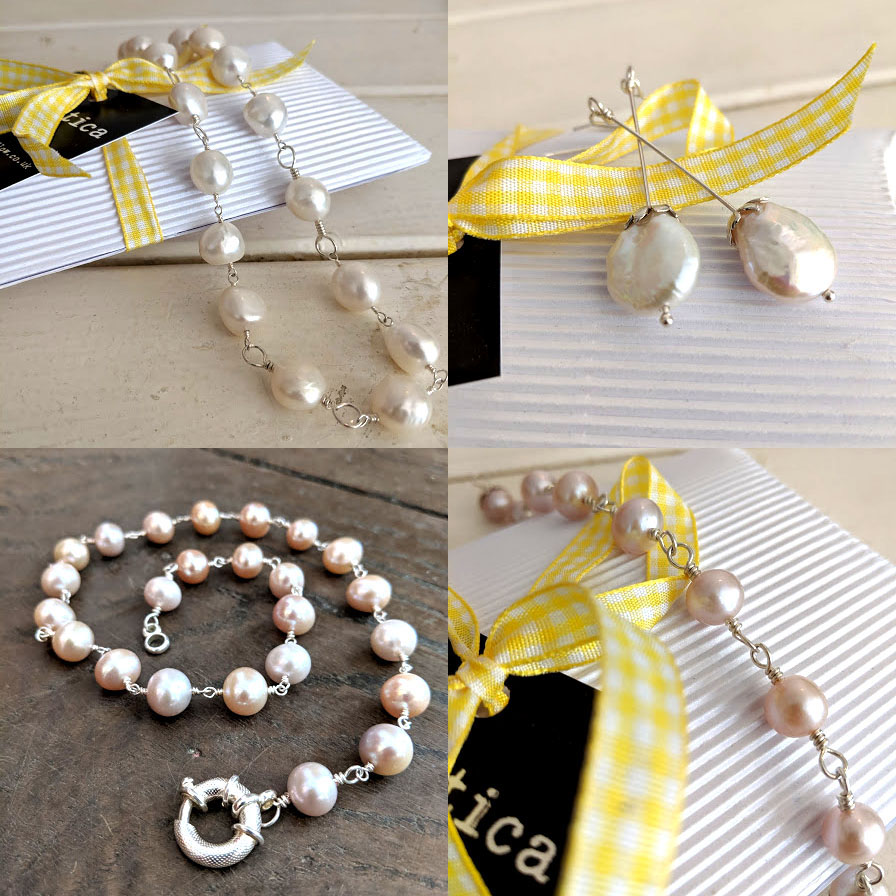 The jewellery we sell here in eclectica are made from cultured pearls. These tend to be made in one of two ways; either a tiny piece of mantle tissue is transplanted into a shell, causing a pearl sac to form around it and sometimes a spherical bead is added and layers of nacre build up around it.

This can result in pearls being grown in six months or so. When examined under the microscope it is clear to see the difference between an entirely natural pearl and a cultured one. The natural pearl is composed of concentric growth rings of nacre while the beaded, cultured one will present a solid centre with a thin layer of nacre surrounding it.

Most freshwater cultured pearls now come from China and the only natural pearling industry is in the Persian Gulf near Bahrain. Australia still has a pearl diving fleet and still harvests oysters and pearls from the Indian Ocean.

Pearls come in a variety of colours with black or Tahitian pearls being the rarest. They are almost always cultured and actually rarely black! They vary in colour from green & silver to aubergine purple, almost peacock like with their iridescence. Most pearls are creamy white and have a wonderful sheen that seems to display many different colours.

Pearls are relatively delicate and quite soft – ranging between 2.5 & 4.5 on the MOHS scale. They dissolve in vinegar as calcium carbonate is extremely sensitive to acidity.

Aside for it being the birthstone for June, pearls are also associated with innocence and purity in many cultures and a tradition of brides wearing pearls on their wedding day has grown from this belief.

Luminescent moonstone has been used to fashion jewellery for centuries and was revered by both Ancient Greeks and Romans who associated it with their lunar deities and Hindus believed it was composed of solidified moon-beams. It really is a beautiful gemstone which at times seems to glow.

The colours and the shimmering ‘moonlight on water’ effect are caused by two types of feldspar; orthoclase and albite, forming and layering up together. When light falls between these thin, inter-grown layers we get the effect known as adularescence.

The term adularescence originates from one of the first mining sites for moonstone near Mt Adular in Switzerland. Deposits are found worldwide nowadays, which is perhaps unsurprising as feldspar is one of the most commonly occurring minerals on the planet. 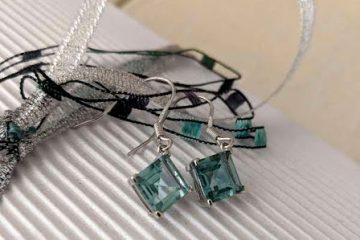 Aptly named after the Latin for ‘Sea Water’, Aquamarine’s wonderful clarity and limpid transparency really does evoke cool, clean waters and the sense of plunging into a refreshing pool – preferably after lounging on a Read more…