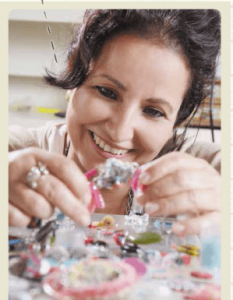 Israeli artist Ayala Bar launched her range of jewellery as simply a means of earning a living.

Back in the 1980s when she first started, most jewellery tended to be made of precious metals such as gold and silver as well as modelling clay, which was popular at the time.

“Being an outsider, I actually had an advantage. My designs were different. Unexpected. They incorporated materials that were unconventional: metals with fabrics, beads, plaster, wood and different findings.”

As her pieces became more popular Bar decided to create a simplified range. This has evolved into what has become known as the “Radiance Collection” which predominantly involves the use of glass with colourful prints and motifs. 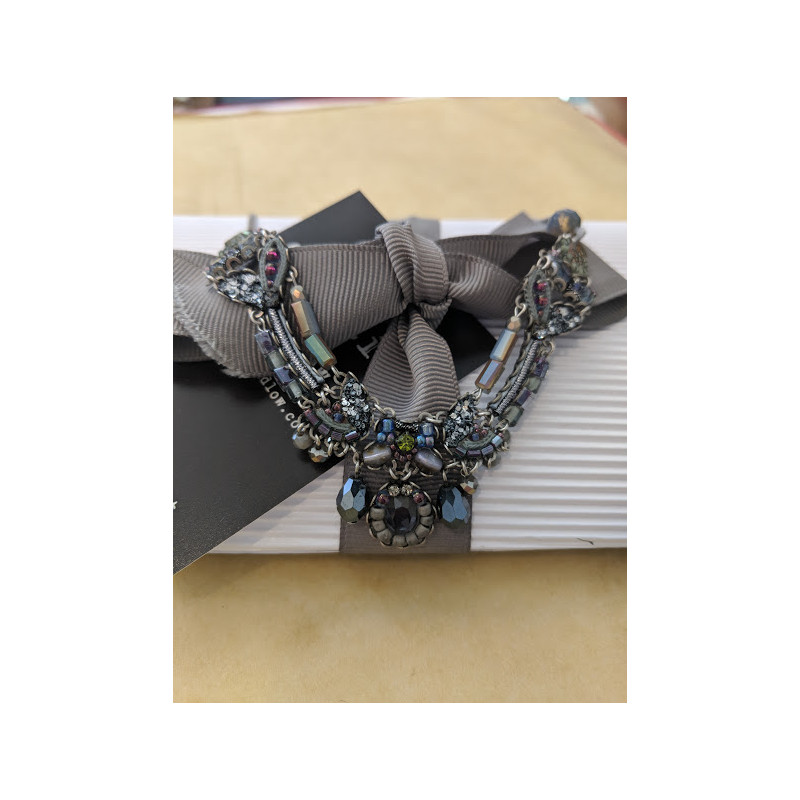 It was during a trip to India to find interesting beads that the Hip Collection was born. Instead of finding the beads she originally went for, she instead found silks and fabrics that excited and inspired. Back in her studio, she made beads from these fabrics.

This collection has evolved over time, incorporating textiles from around the world and has now become linked with the brand.

“Other influences that have captivated me include my cultural background. My grandmother, who is still alive at the age 104, emigrated from Afghanistan to Israel in the 1920s. She carried her baby for most of the 2000 mile journey. This baby was my father. At one point, I visited a museum featuring jewels from Afghanistan. As I walked through the gallery, I was amazed. I noticed the parallels between the artefacts on display and my own work.”